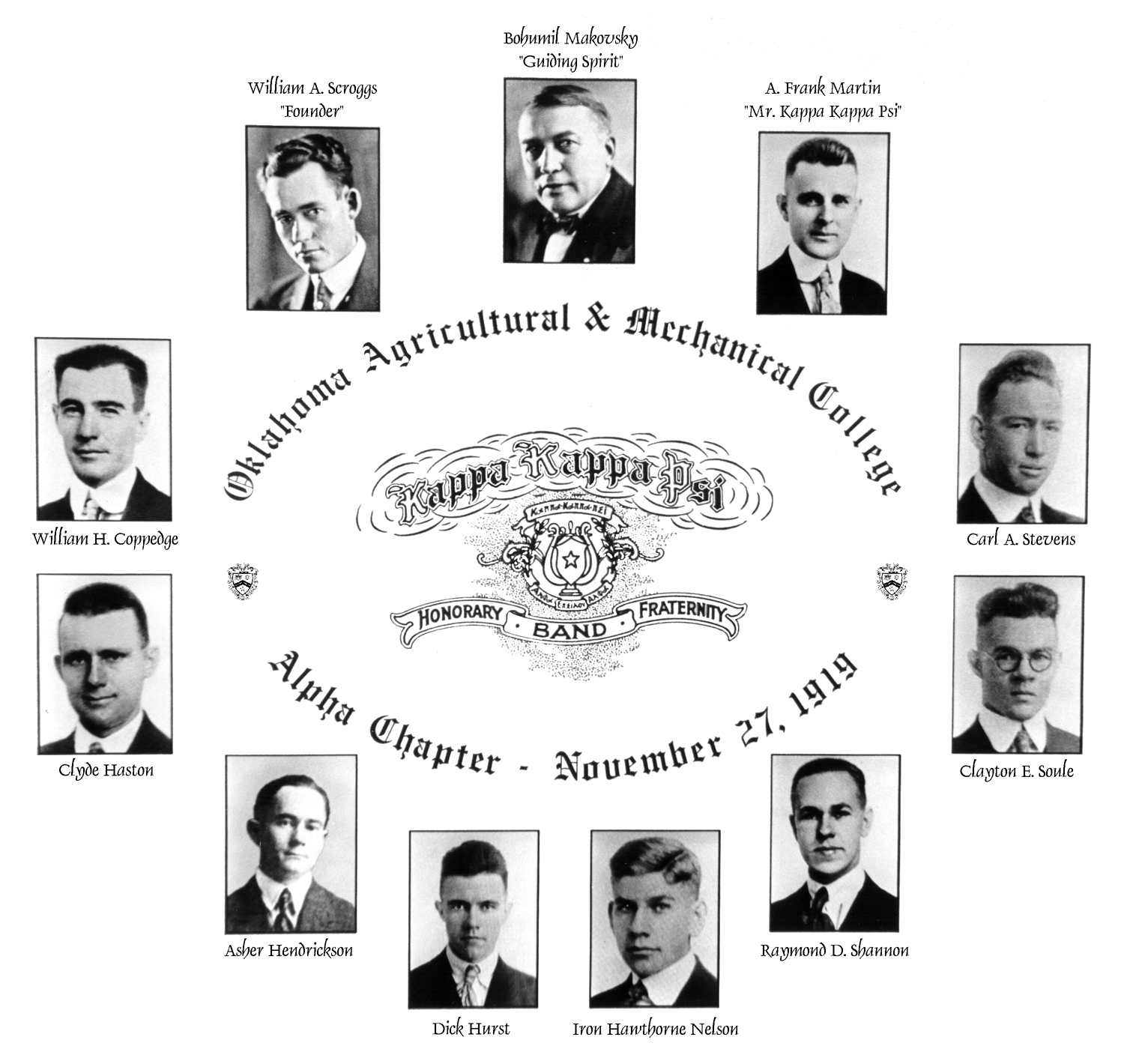 In the years that followed World War I, a movement developed among college and university bands, searching for some motivating force that would create a greater interest in band music. This movement sought expression in an effort to develop good will, fellowship and understanding among bands and their members, and to recognize the value of dedicated leadership. Seizing upon this idea, ten members of the Oklahoma A & M College (later to be known as the Oklahoma State University) Band, led by William A. Scroggs and their director, Bohumil Makovsky, drew up a plan for a national honorary society for college bandsmen. Director Makovsky selected nine men to work with Scroggs to organize the first local club. These ten charter members were:

Officers for the local club were elected and William Scroggs was selected as president. With the local organization complete, a corporation was formed which petitioned the Oklahoma Corporation Commission for a charter. The charter was granted November 27, 1919, and “Kappa Kappa Psi, Honorary Fraternity for College Bandsmen,” was established on the Oklahoma State University campus with the local group being known as the “Alpha Chapter.” During the first year of operation as an honorary society the members were kept busy working out and adopting a national constitution, creating and developing the Ritual ceremony, designing the jewelry needed to provide distinctive recognition for the organization, and setting up plans for the expansion of the Fraternity. The Greek name and symbols, “Kappa Kappa Psi,” were furnished by Dr. Hilton Ira Jones of the OSU Chemistry faculty, and assistance in the final organization was furnished by Col. F.D. Wickham of the OSU Military Department.