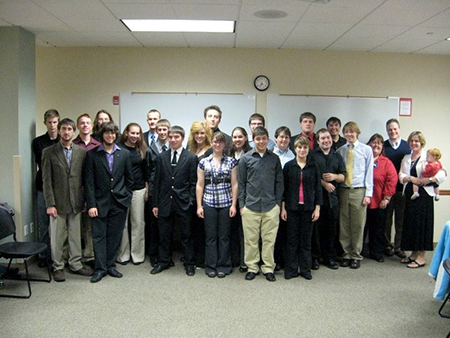 The Nu Gamma chapter (#315) at Robert Morris University was installed August 14, 2012 with National President Adam Cantley serving as installing officer. The Alpha Omega chapter served as the advising chapter, and Daniel and Kelly Miller, Omicron Life Members, served as the colony advisors. This is the 5th chapter installation of the biennium and marks the installation of our 315th chapter.