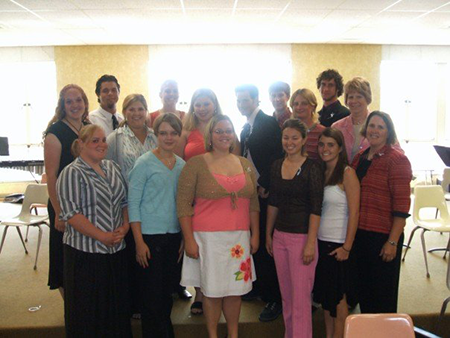 The Lambda Omega chapter (#288) at Northwestern Oklahoma State University (#288) was installed on April 28, 2007 with National Vice President of Student Affairs Adam Cantley serving as the installing officer. Vice President Cantley also served as the advising person for the colony, and the Alpha chapter served as the advising chapter. This was the 13th installation of the 2005-07 biennium.

Also, in attendance was Dennis Kerr, 1977 Alumnus of the Beta Tau Chapter of Kappa Kappa Psi and past district officer, who pinned his son Cory as he became a member of Kappa Kappa Psi. Cory’s mother Ellen Kerr an Alumna of the Alpha Mu chapter of TBS at Wichita State was also present for the installation.