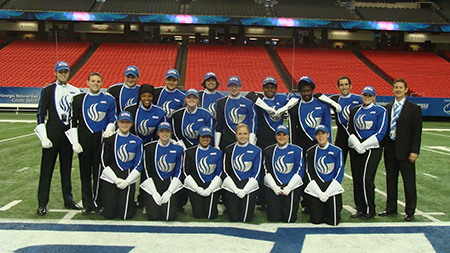 The Nu Alpha chapter (#313) of Kappa Kappa Psi at Georgia State University was installed at Georgia State University on November 28, 2011 with National Vice President for Colonization and Membership Christine Beason serving as installing officer. The Kappa Mu chapter served as the advising chapter, and Melanie Muldrow was the colony advisor. This was the 3rd chapter installation of the 2011-13 biennium.