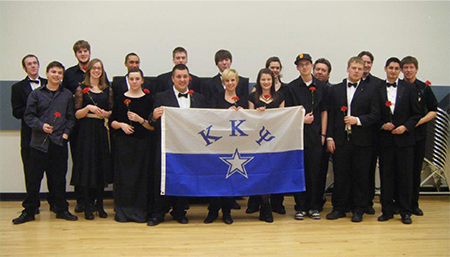 The installation was also attended by 6 brothers of the Gamma Chapter, who drove 12 hours from Seattle in order to make the event! Installation was followed by the Nu Epsilon Chapter hosting “Breakfast for Dinner” in the music building.