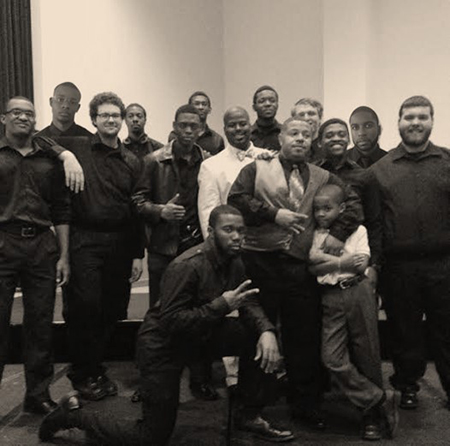 The Nu Kappa chapter at Georgia Southern University was installed on Sunday, October 19, 2014 at the Georgia Southern University campus. This installation marks the 322nd chapter of Kappa Kappa Psi, and was the fifth installation of the 2013-2015 biennium. National Board of Trustees Vice Chair and Past National President, Dr. Rod Chesnutt, served as the installing officer. Past SED Vice President, Nicholas Annan, served as the advising person, and the Zeta Chi chapter at The University of South Carolina served as the advising chapter. The Installation was well attended and included brothers from Zeta Chi and Beta Psi as well as SED Governor Evan Thompson and Past SED President Ema Ashley.